How did it go with the singles in the Danish charts?
“All three singles have reached the top ten. And the latest on ‘The Second You Sleep’ has stayed there for 14 weeks. Including six weeks as number one.”

When did a lot of people start to like Saybia?
“We got a lot of airplay on our first two singles. It started with “The Day After Tomorrow” in August 2001. We then played seven sold-out concerts out of twelve in October and November. But when we released our debut album on the 21st of January it really took off. We went gold, that’s 25.000 sold copies, within two weeks and platinum, that’s 50.000 sold copies, within five weeks. And we entered the album charts as number one as the first Danish rock band ever.” 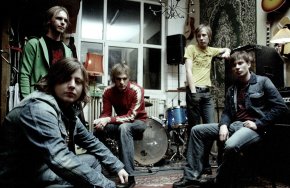 What are your musical influences?
“Nothing in particular. But I guess we’re in the same family as Coldplay, Starsailor, Travis, and etcetera.”

Is it hard for Saybia to conquer foreign countries?
“So far the album has been released in Holland the 8th of April. So we don’t know yet, but I guess it will be hard, being a non-English and non-American band. But we are confident that our music has potential.”

What’s the plan for releases in foreign countries? Where is the album going to be released?
“We released a six-track EP in Scandinavia and the album will be released there too. I don’t know when. And maybe Belgium and Germany.”

Isn’t it hard to convince the audience in other countries while the audience in Denmark is already convinced of the capacities of Saybia?
“We’ve been playing in Denmark for nine years. The first eight of them we’ve been trying to convince people in Denmark. So it’s like starting all over again when play in a new country. But we love it! We have to work harder and play better. And that is something we do after touring for nine years.”

Your music has a lot of similarities with bands like Coldplay and Kent. What is it that makes Saybia different from other bands?
“The music and my voice, haha.”

The lyrics give a sad interpretation of love, are they autobiographical or is it just a theme you like to write about?
“I write about things I have experienced. Things I understand and don’t understand. It is my own anger, tears and sorrows within the music.”

What if your life is great from now on, can you still write sad lyrics like these?
“Can’t be happy forever!! Not even on drugs, haha. Not if you have a woman in your life. Even now that our dream is coming true, I feel sad sometimes going off stage. Things will change but there will always be ups and downs.” 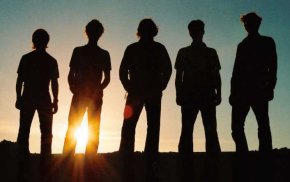 What is the ‘snake tongued beast’ you sing about?
“It’s a non-creative person who makes profit by sucking on creative peoples’ talents. There’s a lot of assholes in the music business. We met a few of them. The song is about them and our way around them.”

Is there a general theme in the songs on The Second You Sleep?
“No, not really a theme. It’s just glimpses of my and our life captured in music.”

What’s the greatest thing you’ve experienced with Saybia so far?
Our friendship and our music!”

One response to “Interview with Dutch music magazine Kindamuzik”